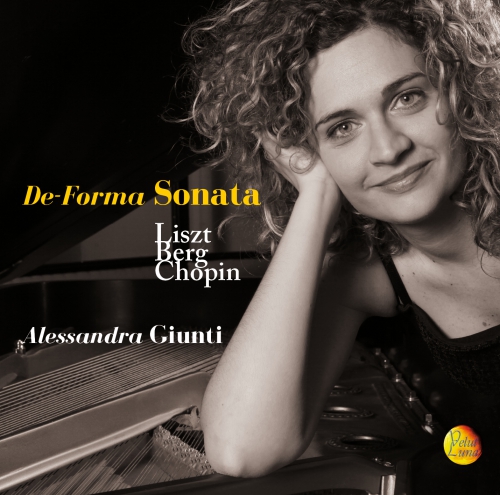 Composed between 1852 and 1853, published in 1854 by “Breitkopf & Hartel” in Lipsia and dedicated to Robert Schumann, Liszt’s rises in a moment of his life during which the mind prevails definitely over the virtuosity. On the other hand the composer had never before conceived an enormous studio for piano like this. As creator of the Symphonic Poem, Liszt ventured on a composition considering only partly the formal conditions that this kind of artistic creation implies. It’s a composition written in a single movement in which he realizes a complete reversal of the genre: the scheme of the sonata form is subdued and inesorably adapted to new expressive exigences, with a formidable work of construction and a fantastic dramatization of all the elements of the conversation. Hence we comprehend why the opera escapes the traditional sequence “ exposition-development-repeat” and is articulated in a cyclical form with the principle of tematic development assimilated to the variation process. The principal indications of the movements are: Lento assai, Allegro energico, Andante sostenuto, Allegro energico, Andante sostenuto and Lento assai. Therefore Liszt’s is a symphonic poem for piano and at the same time a real encyclopedia of musical Romanticism. The only composition for piano from Berg’s catalogue was composed between 1907 and 1908. Published in 1910 at his own expence, it was numbered as 1 and entitled It is composed of one movement, because the young musician accepted Schoenberg’s advice ( his maestro) to add no other. Nevertheless is evident this classical structure: an exposition ( with refrain ), a development, a repeat and a short tail, the whole constructed with precision, and skilfully articulated . But the emotional atmosphere is far different from the eighteenth- century models: the accidental – which is juxtaposed to the diatonism- introduces a tension that increases progressively, and is reabsorbed just in the final, after a central dramatic explosion. In a rigorous structure are expressed both a passionate sensitiveness and all the excesses of the romantic ecstasy. Chopin’s rises around the composed in 1837. The first and the last movements were outlined between 1838 and 1839, whereas the dated back to late 1839, when rose the idea to organize all the movements in a sonata that gathered around the Funeral March, by that time well known by many. The publication took place in 1840. The structure of the first movement seems quite different from the rigorous conduct established from tradition: the development, for example, is not the moment to consume all the rhythmic and harmonic possibilities of the themes, like Beethoven’s conception, but it’s the moment to exalt the dramatic potentialities; the repeat is not the natural conclusion of a theme, but the climax of most creative tension. and , even if are presented as ritual moments of the classical sonata, actually represent particular phases of the composition. So the brief concluding Presto –which presents itself as a continuous motion where neither melody nor rhythm are stressed- is more an evocation of the piano liveliness entrusted to the two hands which play musical parallel lines. The exceptionality with which Chopin faces the sonata form and the care of the artistic form, till the most perfectionism, have coined a unique, rare and precious model of work of art.