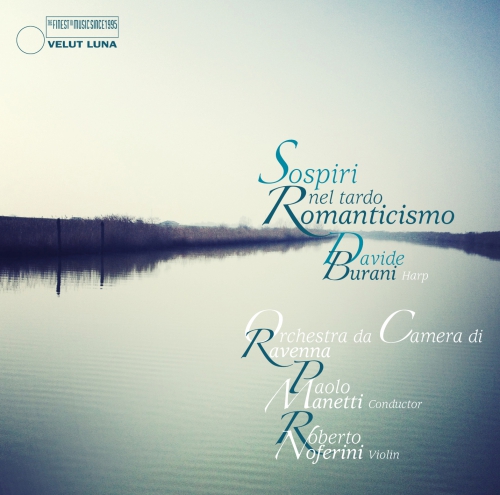 
The romantic sensibility led composers to conceive the melodic idea as inextricably linked to the specific sound voice of an instrument, which determines the way in which it vibrates and is reflected in the soul. Although the timbre is the basic, irrational and instinctive element of music, the authors until the eighteenth century had given priority to other elements of the composition. The new attention to the "sound itself" fueled the transformation of construction techniques of the strings and the search for the original mixes of timbres in the orchestra, the refinement of traditional instruments and innovative ones, the enhancement of ancient instruments full of memories, such as the harp. Behind the modern harp, invented by Sebastian Erard in 1811 and with 47 strings and 7 pedals, it is not hard to see the instrument whose origins are confused in mythology and that, in a spirit of positivism, we can trace to the first applications of homo faber. During the romantic nineteenth century, particularly in France (the harp was the favorite instrument of Queen M. Antoniette at the onset of the French revolution) we can already witness the gradual integration of harp into the orchestra staff, enshrined in the treatise of Hector Berlioz. At the same time the use of the harp in the opera house was established, as evidenced by the refined mixture of tonal Meditation, taken from Thaïs by Jules Massenet (1842-1912). We can find revealing and fascinating traces of the operatic world in the compositions of Giovanni Caramiello (1838 – 1938), for many years acclaimed harpist of the Teatro S. Carlo of Naples, author of a Duetto sulla Casta Diva of Bellini for harp and piano, offered here in the transcription for solo harp by Davide Burani. The use of the harp culminates in the symphonic works of Claude Debussy (1862 - 1918), who often put two harps on the score and makes extensive use of glissandi to create an impressionistic sound. The Danses sacrée et profane were commissioned in 1904 by the House Pleyel, seeking to promote a new model of “chromatic” harp to compete with the above diatonic harp, made exclusively by Erard.
The new instrument was not a success. However the Debussy Danses can, fortunately, be played with the pedal harp thanks to the transcript of Henriette Renié, a famous French teacher and performer. From the first performance, which took place on November 6, 1904 at the Concerts Colonne in Paris, the Danses have created a reference model for European composers, able to exert an influence comparable to that of Adagietto della Quinta by Mahler of 1902, recalled in the single composition Sospiri op. 70, composed in 1914 for strings and harp by the English composer Sir Edward Elgar (1857-1934), to whom we owe some of the cornerstones of musical literature for late romantic string orchestras. Marcel Grandjany (1892 - 1974), American composer and harpist of French origin, who trained at the Paris Conservatoire, dedicated in 1937 the Aria in classic style to the set of strings and harp, confirming the strength of this union and continuity in the taste for French harp in the world.