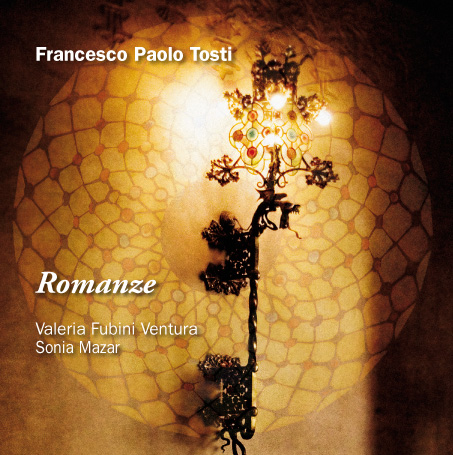 Francesco Paolo Tosti born of a modest family in Ortona in 1846, Tosti showed a remarkably early passion for music, particularly for song, becoming a pupil of Mercadante at the San Pietro Conservatoire in Majella, close to Naples. In the first years of his career he earned his living by teaching music and singing in Ancona. Dissatisfied with provincial life, he moved to Rome, where he employed his fine tenor voice as a professional singer. While in the Italian capital he made the acquaintance of many important figures, among them Princess Margherita of Savoy who chose him as her own singing teacher, but for Tosti the decisive meetings were those with Gabriele D’Annunzio and with the painter Francesco Paolo Michetti: many of his finest romances were composed for lyrics by D’Annunzio.
Tosti’s abundant musical output consists almost exclusively of compositions for voice and pianoforte, which can be further divided into chansons, romanze, canzoni italiane popolari, songs. His work had fluctuating fortunes in the course of the 20th century, depending on the cultural and social climate in which it was enjoyed and performed. With more than three hundred and fifty romances, Tosti undoubtedly conferred a certain autonomy on this genre which had survived thus far in the shade of the melodrama. Tosti created the romanza as an independent, original form: in it the gentle melodicity, the simplicity of the melodic line are perfectly married with the poetic text, always chosen with refined sensitivity from among the works of the greatest Italian poets of the period and sometimes also from works by foreign poets such as Hugo, Verlaine, De Musset, etc. Untouched by the winds of the avant-garde which were blowing strongly in those years, he gave vent to a refined melodicity, in prevalence sentimental but always fresh and in good taste. He had indubitable success in the Italy of King Umberto and in the England of Queen Victoria, though he was often reproached for contenting himself with this worldly success in the elegant drawing-rooms of the belle époque.
Sometimes dubbed the Italian Schubert, he has the undoubted value of immediate use and recognisability, and it is precisely this that is the basis of his great success. This ease of listening and immediate use may be held against him as a defect, but they can also be considered a great virtue: in his romances there is no place for affectations or pointless technical superstructures that are alien to his personality. Behind this apparent simplicity and immediacy we still today find his equilibrium and his innate refinement, which have contributed to make his romances still usable in a cultural and social context so distant and so different from the one in which they were created.
(Enrico Fubini )